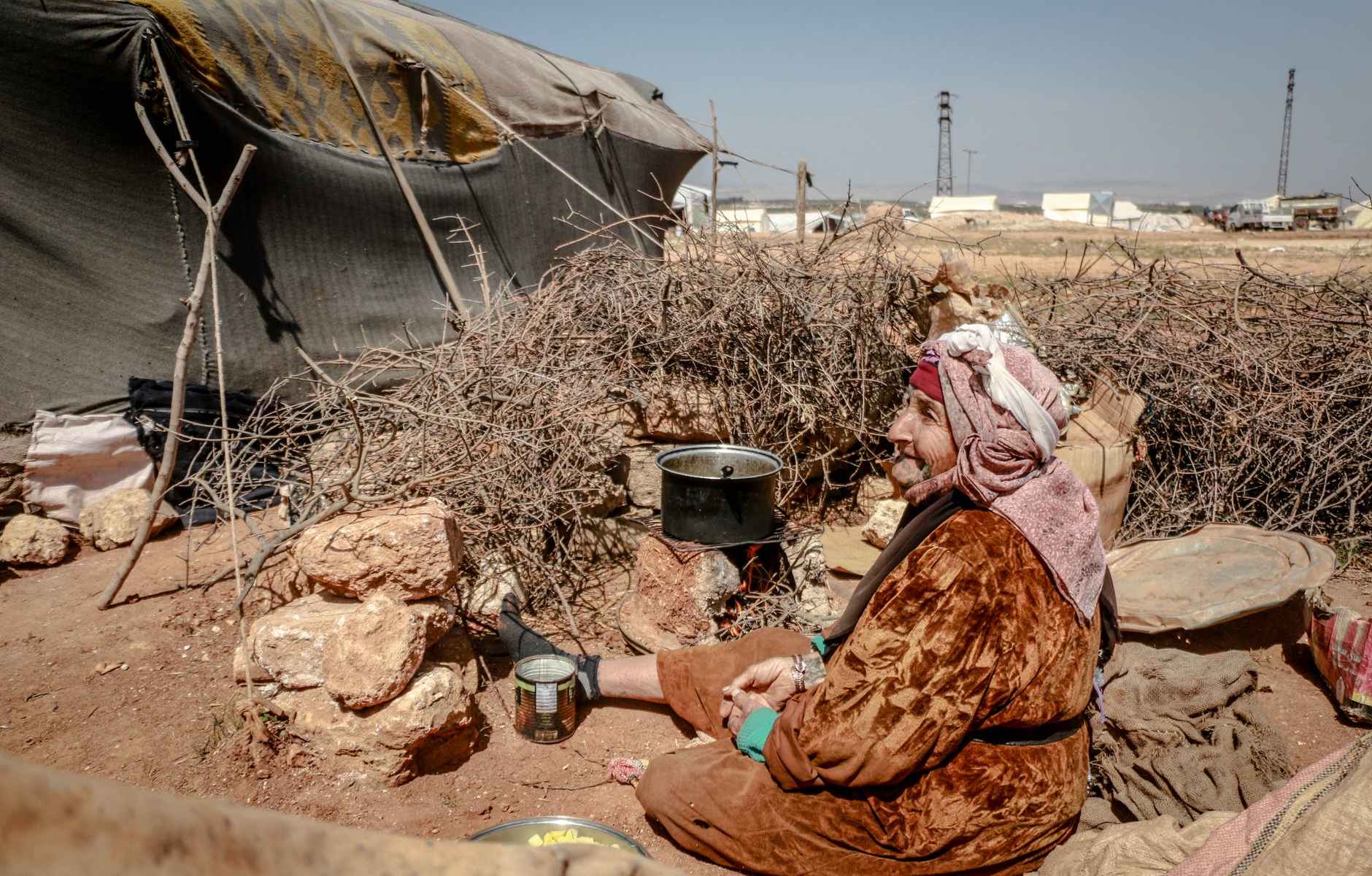 A deadly brew for the world: The effects of COVID-19 and the war in Ukraine on the livelihoods of the poor

The ruthless attack on Ukraine by Russian President Vladimir Putin is now in its fourth month. More than 7 million Ukrainians – mostly women, children, the sick and elderly – have left the country to seek safety elsewhere. Poland alone has taken in more than 2.5 million Ukrainians. . The Office of the High Commissioner of Human Rights (OHCHR) of the United Nations estimates that around 7.7 million people are internally displaced (OHCHR, 2022).

The world of Ukraine’s population has been shattered since Putin’s invasion and a recent study by the Kyiv School of Economics estimates that the direct damage cause by the war has now reached close to 92 billion USD (KSE, 2022). To rebuild the country will take years, of not decades, with urgent help needed by the international community.

The war in Ukraine, however, has effects not only on the stability of the European continent, but also on the stability of the entire world. In this post, we will briefly discuss the findings of a recent report by the UN’s Global Crisis Response Group (GCRG)), linking the effects of the COVID-19 pandemic with the effects of the war in Ukraine on the world’s food supply, energy prices and financial developments (GCRG, 2022).

The rising challenges of the past years

When in November 2019 the SARS-CoV-2, causing the respiratory disease COVID-19 started to take hold of the world, it could not have been foreseen that at the time when the disease starts to ease off, i.e. in the spring of 2022, a sovereign country would be attacked by a nuclear superpower. And it could not be foreseen either that both of these countries are crucial in the world’s wheat and fertiliser supplies.

Already the COVID-19 pandemic has cause many businesses to run into significant problems. For instance, the costs for maritime shipping have increased tremendously in 2020 as a direct result of the pandemic (LaRocca, 2021). On the North-South routes alone, price increases have ranged between 5 to 14% (GCRG, 2022, p. 5) At the same time, prices for crude oil have been extremely volatile and with Brent crude oil, the international benchmark for crude oil, has surpassed 120 USD per barrel – an all-time high (Bolton, 2022).

Naturally, the volatility of crude oil prices and the ever increasing costs for maritime shipping have put heavy burdens on developing states since these cost increases have direct effects on food production with lesser yields and even higher food prices for the next season. As a consequence, national currencies show inflationary tendencies, translating into higher interest rates and increasing strains on financial conditions for affected states (GCRG, 2022, p. 5).

Globally, more than 60% of workers worldwide have lower incomes than before the pandemic while developing states miss 1.2 trillion USD for their social protection mechanisms. This means that all in all 4.1 billion people lack social protection while the number of people living in extreme poverty and facing food shortage has risen by 77 million to around 193 million people.

In light of the rising energy prices, again it is the population of developing states which faces the most severe problems. The International Energy Agency (IEA) reports that due to the pandemic, millions of people can no longer afford to pay for their electricity needs. This is particularly the case for sub-Saharan countries. Here, four out of five people now live without access to clean energy for cooking as a direct result of the pandemic (IEA, 2021).

The impacts of the war

Since the start of the war, the world’s global income has seen a decrease of around 1.57% with an expected slowdown of the growth of the world’s economy from an expected 3.6% to 2.6%. However, in light of the different resiliencies of countries, the decrease in household income varies greatly, as the Figure below shows.

These drastic changes may lead to 95 million people being driven into extreme poverty as a direct result of the war (World Bank, 2022). With increasing prices for food, energy and the suspended trade with Russia affecting fertiliser distribution in the world, the number of people facing food insecurity will increase dramatically as well. While the pandemic itself has doubled the number of people facing food insecurity from 135 million to 276 million, the effects of the war will drive this number up to an estimated 323 million in 2022 in 81 countries.

These numbers translate into more than 2 billion small business producers, farm labourers, rural workers and their families facing severe risks in sustaining their livelihoods since they are no longer able to afford a healthy diet. Especially women are adversely impacted since they comprise 43% of the world’s workforce in agriculture and constitute two thirds of the world’s 600 million poor livestock keepers.

Against this backdrop, especially poor families are now forced to purchase less food or to skip meals while doctor appointments are less frequently made use of. But also for children the world has dramatically changed since the beginning of the war: while child labour has been a problematic issue also before the war, an increase in children being taken out of school and put to work has been noted as a direct result of the increasing food and energy crises.

On top of the rising prices, problems with the importation of fertilisers exacerbate the problems at hand. With the beginning of the war and the associated trade restrictions that affect international trade with Russia, the world’s fertiliser supply has decreased. What this means for the extremely high number of people all over the world making use of fertilisers is difficult to ascertain at this point. While prices will continue to rise dramatically, the crop yield will decrease with the associated ripple effects outlined above. The example of rice farmers – with rice being the most consumed staple in the world – shows how this cycle may have dramatic effects in the years to come: since the price for rice is 4.6% lower than last year, rice farmers cannot offset rising fertiliser prices with higher sales. Paired with the wheat and vegetable oil shortage, this is likely to affect billions of more people in the years to come.

Apart from the deadly toll of the Ukrainian people due to Putin’s war, the problem is not confined to the European continent but constitutes a global crisis. The question of how to resolve the global impacts outlined above cannot be resolved in a one-tiered approach since it is also a conglomerate of the impacts of the COVID-19 pandemic and the war itself. In addition, climate change poses great challenges for countries and populations in the sub-Saharan region in particular. In order to buffer the effects of increasing food prices, increasing prices for energy and financial constraints – the three factors affecting the livelihoods of the poor the most – humanitarian aid and political steps by resilient countries to support other countries in need is crucial.

The geopolitical implications of the war have thus far been drastic and Russia has been cut off from the Western industrial states. This means that even if the war were to end now, its ramifications will be felt for many years to come, having dramatic effects on developing countries and rural livelihoods. From their perspective, a loosening of the trade measures imposed by developed countries on Russia would be beneficial. At the same time, Russia’s blockade of Ukrainian harbours, Ukrainian mines in their own harbours protecting them from Russian naval forces and the mere fact that more than 20 million tons of wheat in the Ukraine cannot be accessed by the world market pose challenges of yet unknown proportions.

Whether Putin took these issues into consideration when he launched his attack on Russia’s neighbour cannot be ascertain, of course. But it is clear that the world has changed dramatically, and even more than during the pandemic, after 22 February 2022.

GCRG. (2022). Global impact of the war in Ukraine: Billions of people face the greatest cost-of-living crisis in a generation (here).

KSE (3 May 2022). Direct damage caused to Ukraine’s infrastructure during the war has reached almost $92 billion (here).